Under the influence of the epidemic, Han's Robot helps to upgrade productivity in the medical device industry

Under the influence of the epidemic, the demand for medical services has continued to expand due to the impact of the aging population and the continuous improvement of residents' health awareness.

In the application of collaborative robots of Han's Robot: we empower our customers to try automation and intelligence, deeply participate in the industrial development process, and help to improve production capacity.

In the medical industry, the rapidly growing demand is both an opportunity and a challenge for medical device manufacturers.

Take the painting process in medical device production as an example, the painting work environment is poor and harmful to human body.

With the application of collaborative robots, the automation of medical device processing has opened a new era.

Traditional industrial robots are large in size and are widely used in the processing of large products such as automobiles. But for medical devices, the size of industrial robots is too large. Especially in this case, the working space for painting and processing is limited and can only be hoisted, so the flexible collaborative robot becomes the best choice. 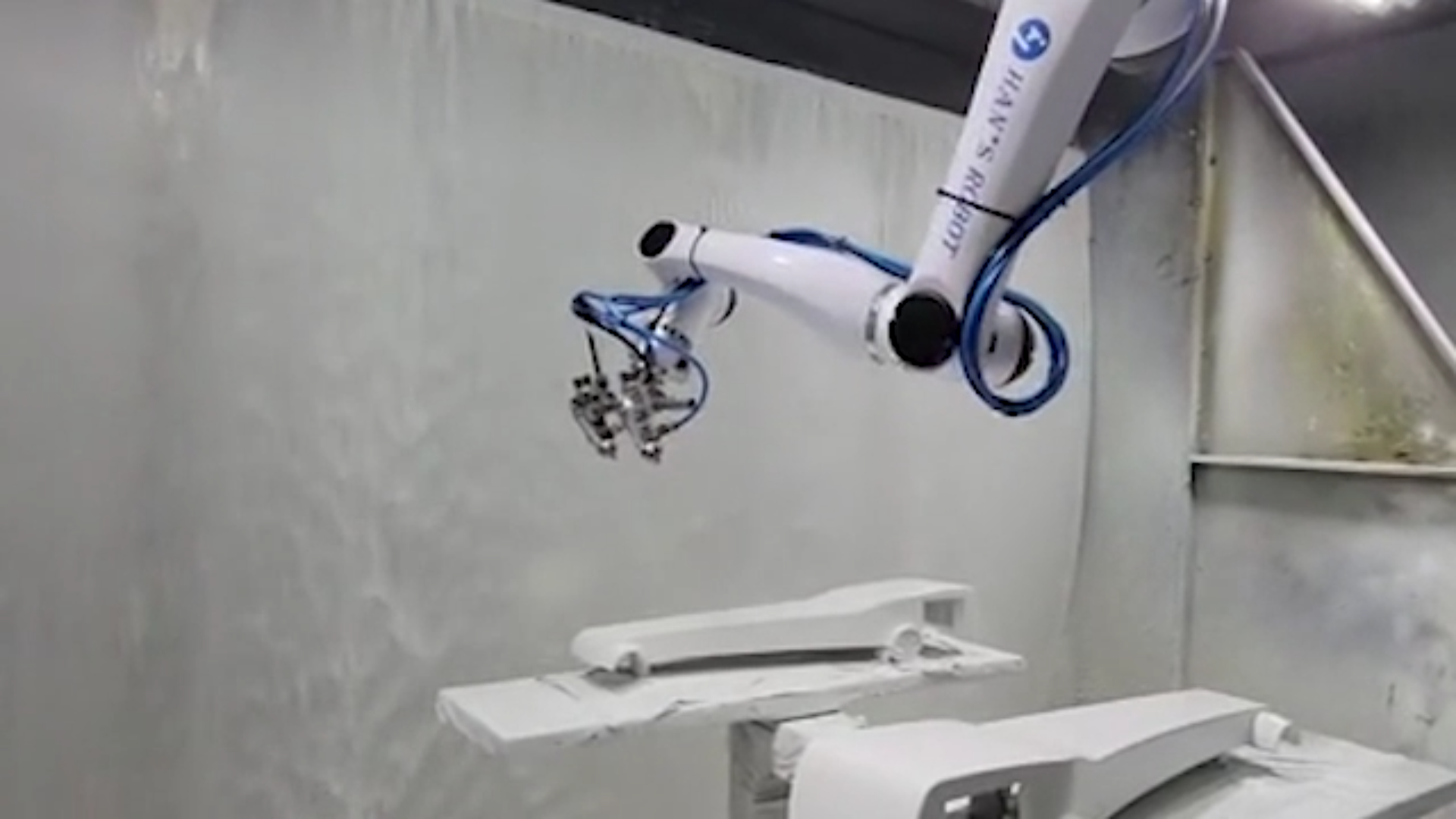 The customer chose the Han's collaborative robot Elfin E10 for hoisting and painting operations: Elfin E10 payload can reach 10kg, and it supports ±360°joint range selection and hoisting, saving space and facilitating operations. During operation, the program can be preset according to the type of spraying product, which is less time-consuming and convenient to operate.

1. The teaching pendant of Han's collaborative robot adopts graphical software design, which is intuitive and easy to understand. In the independent pre-programming session, the operator can start programming the robot after a simple training. 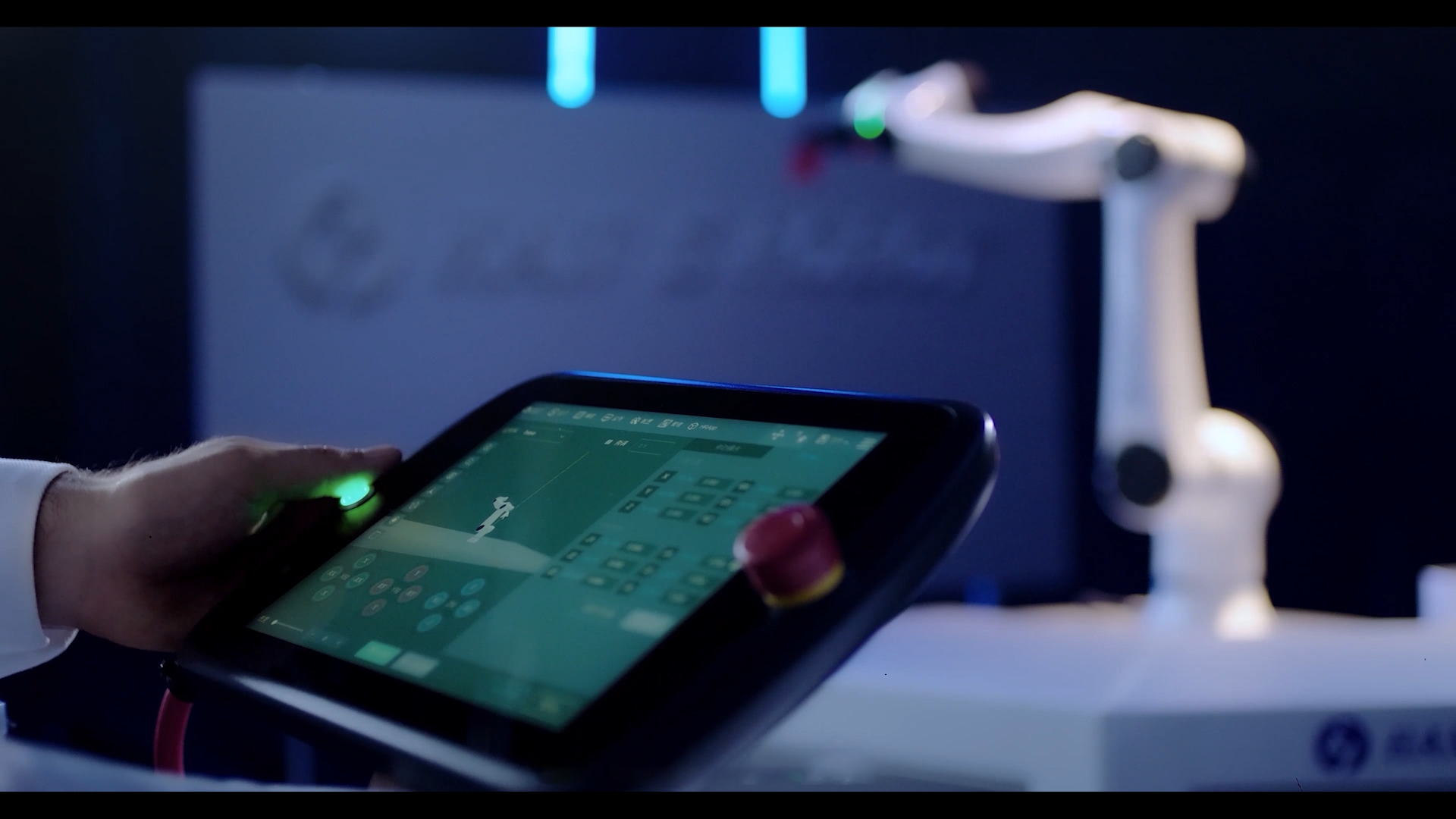 2. The Han's collaborative robot runs stably, strictly follows the programming instructions, and has the dual advantages of quality and efficiency.

04 Supported by leading technology, gained the trust of the industry